Get your DVR ready. Here are the best home remodeling TV shows out there with brand new episodes and hours and hours of show reruns of viewing pleasure. Get some great ideas and direction about remodeling your home?

You will get some great advice from the experts on decorating your home. Once you watch your favorite shows, you will be ready to talk with a Home Remodeling Company.

Here are some of TV’s best home remodeling resources to get you going.

Chip and Joanna Gaines own and operate Magnolia Homes, a remodeling and design business in Waco, Texas, and “Fixer Upper” shows the process by which the couple turn dilapidated but potential-rich houses into showplaces that are helping revitalize whole neighborhoods throughout central Texas. Chip manages the construction and realty side of Magnolia and Joanna is the lead designer. They also act as part-time counselors to clients who can’t see a structure’s beauty beyond the blemishes. Combined, Chip and Joanna save homes that look hopeless, renovating the imperfect, and revealing them as what they were always intended to be.

Twin brothers Jonathan and Drew Scott aim to help couples find fixer-uppers and transform them into dream homes. The brothers use state-of-the-art imagery programs to unveil their plans for how the properties will look after the transformation. But the potential home buyers have to take a risk to make the twins’ vision come true, and it’s up to Jonathan and Drew to convince the couples that purchasing an older home in need of work is the best option.

Tarek and Christina El Moussa lead dizzying professional lives. After finding success as real estate agents and then experiencing the drastic downside of the housing market, the Californians switched career gears: They now buy distressed properties — foreclosures, short sales and bank-owned homes — remodel them and sell them at a profit. At least, that’s the way it’s supposed to work. “Flip or Flop” tracks the El Moussas’ roller-coaster journey in each episode, beginning with a cash purchase at auction of a home — often sight unseen — and the fix-it-up process, to the nail-biting wait to find a buyer.

Interior designer Hilary Farr and real estate agent David Visentin compete for the affections of fed-up homeowners looking to either renovate or sell, as Farr transforms their worn-out space into a welcoming one while Visentin works to find them a new home. At the end of each hour-long episode, the homeowners decide if the changes designed by Farr are enough for them to stay in their current home, or if the new property Visentin has found better suits their needs. So, whether they love it or list it, the homeowners come out on top.

Nicole Curtis is an addict, but she certainly doesn’t see it as a problem. Curtis’ passion lies in the home-restoration business, specifically historic structures in Michigan and Minnesota that have been neglected for years. Curtis buys the properties and brings them back to life, or more accurately, back to their former life, taking pains to restore the homes’ original appearances. And the hands-on Curtis doesn’t just sit back and watch contractors do all the work — “Rehab Addict” follows the do-it-yourselfer as she takes on much of the manual labor herself, with a goal to salvage and restore as much as possible.

Vanilla Ice has gone from rapping music to rapping nails. The ’90s pop icon has been in the home-flipping business for nearly two decades, a hit renovator just as much as he was a hit music maker. The projects profiled in this series are mega-square-foot mansions in Palm Beach, Fla., where Ice tries to keep his cool as he manages his crew of contractors and oversees state-of-the-art remodels decked out with the latest in-home technology. When he’s done and admires all the changes, might he shout out, “Nice, nice baby!”?

If you’re lucky enough to run into an HGTV/DIY Network personality while shopping for grass seed, don’t run the other way. The happenstance could be your ticket to a brand new backyard. Licensed landscape contractors search home improvement stores for weekend warriors who could use a pro’s expertise. Willing participants are then followed home to commence the “crash” — for two days, the landscape pro and his team of contractors and artisans completely remake the drab backyard into a relaxing retreat worth thousands of dollars. Ahmad Hassan, Matt Blashaw and Chris Lambton alternate as hosts.

Two sets of neighbors, 48 hours, $1,000. Neighbors swap houses, and with the help of a designer and carpenter, transform a room in two days. The best, and worst, part about it is that the homeowner has zero say in what gets done. In later seasons the budgets increased and each team was given more time to complete the makeovers. After a nearly decade’s absence, the show returned in 2018 with fan-favorites including host Paige Davis, designers Doug Wilson, Genevieve Gorder, Vern Yip and Frank Bielec, and carpenters Ty Pennington and Carter Oosterhouse.

On “Property Brothers,” dynamic twin siblings Jonathan and Drew Scott work as a team to find clients down-and-out fixer uppers and turn them into renovated masterpieces. Brotherly love, however, gets tossed aside in “Brother vs. Brother,” a competition series that features the Scotts as mentors to a new generation of home improvement specialists. Jonathan, a licensed contractor, and Drew, a real estate agent, are each assigned a team of five contestants — a mix of designers, renovators and builders — who are tasked with renovating various properties with a goal of increasing the values. The teams are given limited timelines and budgets to determine which elements of the properties should change and which ones should remain the same, and after a review process of each property that includes a new appraisal, the competitor who can’t cut it each week is eliminated by the brother who mentored him or her. The last team member standing wins a $50,000 cash prize.

Host and renovator Scott McGillivray shows homeowners with cash problems how to create rental suites in their home, as a way to generate additional revenue to defray mortgage costs. In each episode, McGillivray presents his client with two design options. After they pick the one that meets their needs, the host and his team of contractors renovate the space, with the meticulous McGillivray overseeing a sleek and cost-effective makeover.

Former “Trading Spaces” designer Genevieve Gorder reviews design issues submitted by viewers and offers much more than a helpful tip or two: She selects a lucky homeowner in each episode who receives a personal visit from Gorder. After talking with the homeowners about the specific problems they are having with a room and getting a feel for their tastes, Gorder and her team go to work on a complete makeover.

“Kitchen Crashers” features the design skills of host Alison Victoria, who, before putting those skills to use, has to convince unsuspecting shoppers at home improvement stores to take her home with them so she and her crew can completely remake — free of charge! — their dull kitchen into a designer showcase. Who would walk away from Alison with an offer like that?

Georgia Home Remodeling is dedicated to providing great service and quality work at a fair price. From the initial contact until the job’s completion, we will be prompt, courteous and communicative, and will always do exactly what we promise to do at the price we quoted.

Contact us via email or call today 678-635-5429 to request a quote and let us help you make your dreams for your home a reality!

What Can I Do with Old Wood from My Home? 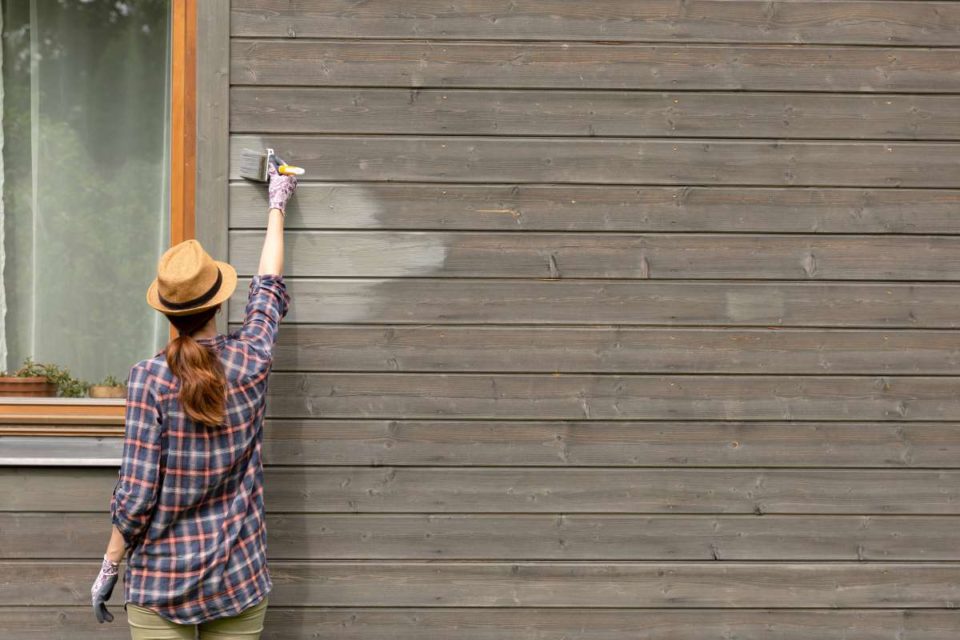 Why You Should Paint Your Old Home 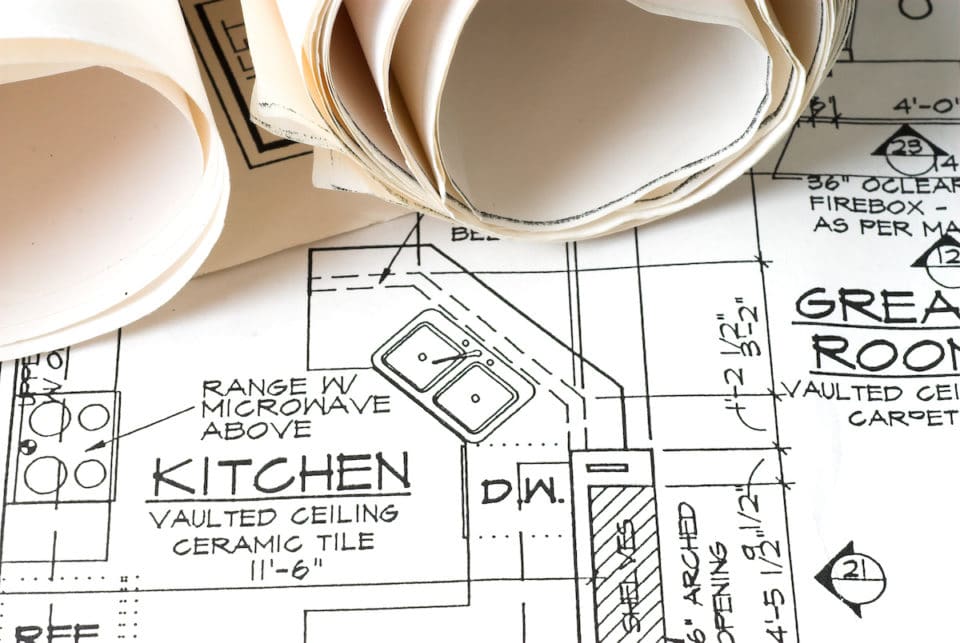 How to Find the Perfect Home Remodeling Company in Georgia for You?